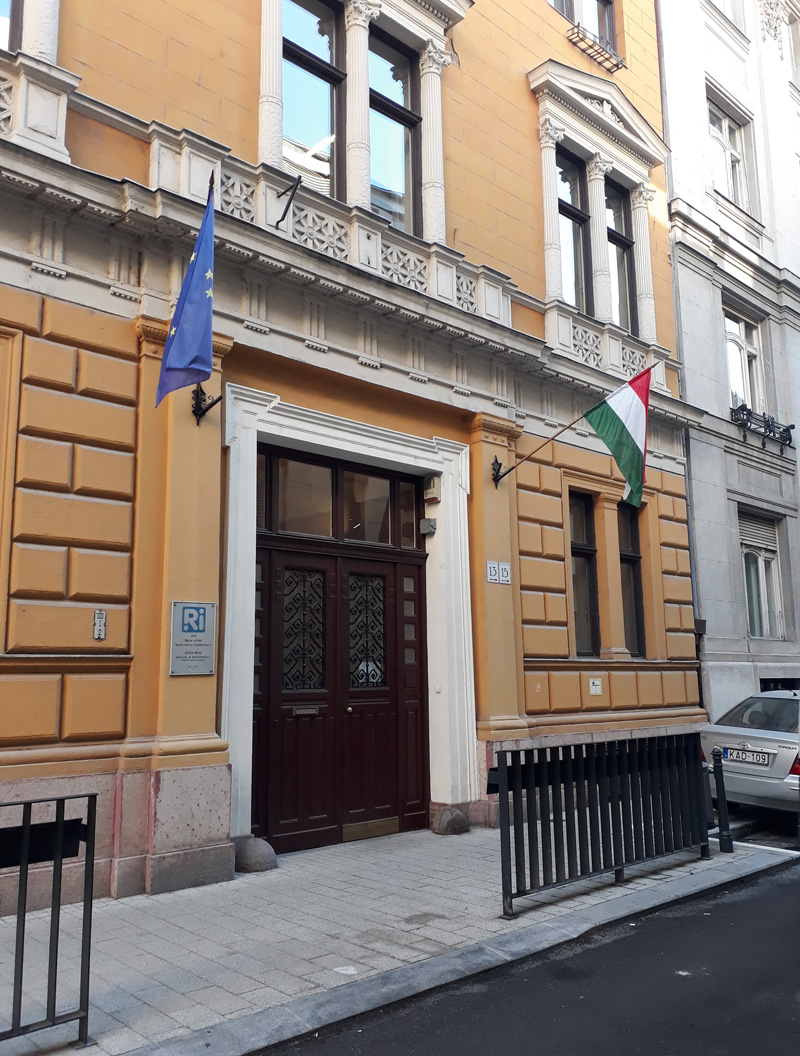 The Automorphic Forms in Budapest 2020 conference will be held at the Alfred Rényi Institute of Mathematics. The talks will be held in the main auditorium on the first floor. The institute is a few minutes walk away from Astoria (on the red metro line M2) and Ferenciek tere (on the blue metro line M3) metro stations.

Arriving to the Institute

The most convenient way to the city is to take a taxi. The official taxi company is called “Főtaxi” that operates cabs from the airport to the city centre. It is easy to identify them by their logo. “Főtaxi” has a desk located at the exits at Terminals 2A and 2B where you can arrange your taxi. The cost of the taxi from the airport to Rényi Institute should be around 8.000 HUF or 26-30 EUR, depending on traffic. In these taxis you can also pay in euros or by card.

The direct bus service between the inner city (Deák Ferenc tér) and the airport is bus 100E that work from 04:00 am to 23.30 pm. The ticket for this bus costs 900 HUF.
Passengers may get off the bus going to Deák Ferenc tér at Kálvin tér and at Astoria. Bus 100E going to the airport only stops at Kálvin tér, but the first two in the morning will also stop at the Astoria M bus stop.

For local tickets and passes visit the official website of Budapest transportation. Note that if you buy a daily travelcard (or longer), you should carry your ID with you while travelling. If you use single tickets, they need to be validated before use. In the metro the validation machines are typically in front of the entrance whereas for trams and buses you validate after you step in.

You can take the red metro line M2 to Astoria, or buses 5, 8E, 110 outside the station, in the direction of the Danube, and get off at Astoria.